Staminier Limited, a portfolio company of GreenBank Capital, has agreed to acquire up to 21% of NARC Limited, the developer of “Beyond Ever After”, a next-generation massive multiplayer online (MMO) game designed for the metaverse.

Under the deal, Staminier, through its subsidiary Substantia, has agreed to invest an initial £525,000 at 75 Euros per NARC share for an initial 2.6% stake of NARC’s fully diluted share capital.

Staminier reported to GreenBank that at the time of this news release, £375,000 of these funds have already been paid to NARC, with a remaining £150,000 still to come in the initial investment.

Staminier also has an option to invest a further £4,941,779 at valuations up to 120 Euros per NARC share. Were Staminier to independently choose to fund both the Initial Investment and the Secondary investment, Substantia would own 21% of the fully diluted capital of NARC.

NARC was founded by one of the key architects of Eve Online, the MMO which sold for $425 million in September 2018. Beyond Ever After has been under development for several years as an innovative next-generation MMO game.

The game involves customizable character types utilizing real money trading in what amounts to a “mixed reality” model, where real money can be earned and spent in-game. The game is in production phase and is being designed to run on several devices and operating systems to facilitate maximum adoption and ease of use.

The current model calls for Beyond Ever After to be free to play and perpetual in nature, with new in-game content to be added seamlessly and periodically in real time. The game expects to generate revenue principally from transactions that its users elect to make within the game.

GreenBank is listed on the Canadian Securities Exchange, the Frankfurt Boerse and on the OTC Markets in the USA. It invests in undervalued exponential growth companies focused on building consistent capital appreciation for its shareholders. 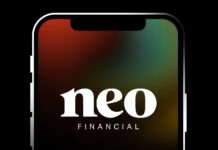